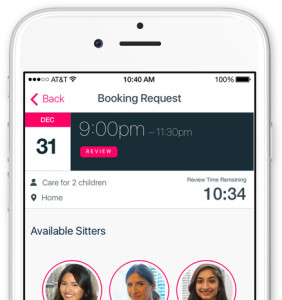 Generate media exposure for a new app developed by Sittercity that provides a babysitting on demand service for parents in Chicago, Boston, Washington D.C. and Westchester.

Identify influential bloggers and parenting influencers who could try out the service and share their experience with their readers. Influencers would also be pitched to local media for potential broadcast and/or print opportunities.