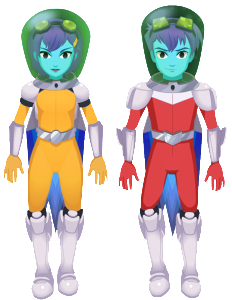 ​​In Galxyz’s Blue Apprentice​,​ ​p​layers find themselves on a snowy planet and must make their way through the galaxy in this story-based game as they are faced with various problem-solving tasks, covering over 45 scientific topics, to ultimately dethrone the evil King Dullard. During the development stages of Blue Apprentice, over 10,000 kids participated in the beta multi-platform version and over 200 kids participated in focus groups, usability tests and provided feedback to improve the game to its current form.

Osman Rashid is an entrepreneur and leader in educational technology. Prior to Galxyz, Osman was a Co-Founder & CEO of Chegg, and Kno, Inc. (acquired by Intel in 2013), which developed a revolutionary interactive textbook to enhance college students’ scientific studies. He has received several honors in his professional career, including E&Y’s Entrepreneur of The Year Award (CA) 2009, Forbes Impact 15 for 2012 and Inc.’s Immigrant Edge: 9 Wildly Successful Entrepreneurs.